Tomorrow I begin my return journey. (I’m not getting home tomorrow, I’m just heading that way.) So I thought this was a good opportunity to post a few photos I’ve taken over the past 8 days.

(I took better photos with my regular camera, but I left behind the cord to transfer the photos from my camera to the computer, so the low-res iPod photos will have to do for now.)

My first stop was the Genesee Country Village & Museum in Mumford, NY. I had never heard of the place until a few weeks ago; it got a mention on a history blog I follow, HMS Acasta. I’m a big nerd for history exhibits and that sort of thing, and it was at a perfect halfway point between my apartment and my friend Katie’s place.

So when I was planning this trip, I thought I’d stop in Mumford (near Rochester) for a couple nights and check it out.

Colonial Williamsburg in Virginia is one of my favorite places in the United States, and although Genesee Country Village wasn’t quite on that level, it was at least comparable. It’s not an original village—just about all the buildings have been moved from other locations, or are reconstructions of buildings that were built elsewhere in the state. Some local bigwig wanted to preserve historical buildings in New York, so he had the village put together (the buildings are loosely grouped by time period—pioneer, antebellum, Gilded Age) and it opened as a tourist destination in the 1970s.

Although I love museums and historical places like this, there is something annoying about visiting them: I get weird looks. That is because twentysomething women just don’t go to these places. So people are always a little confused to see a single young female willingly pay money to visit these places not for a college/grad school project or for the sake of her kids. This post doesn’t have a picture of the 1830s brewery, but the gentleman working as the costumed interpreter there that day was clearly … not put off, I’d say, but weirded out that I was there, alone. I don’t know if all us twentysomething females are supposed to be partying in bikinis on the beach or bringing along a couple kids, but oh well. I think this is the sign of a true nerd: other people being befuddled by the things one loves.

The country times continued later, when I went berry picking with my friend Megan in Massachusetts. The blueberry farm was beautiful, and they had some adorable bunnies too. 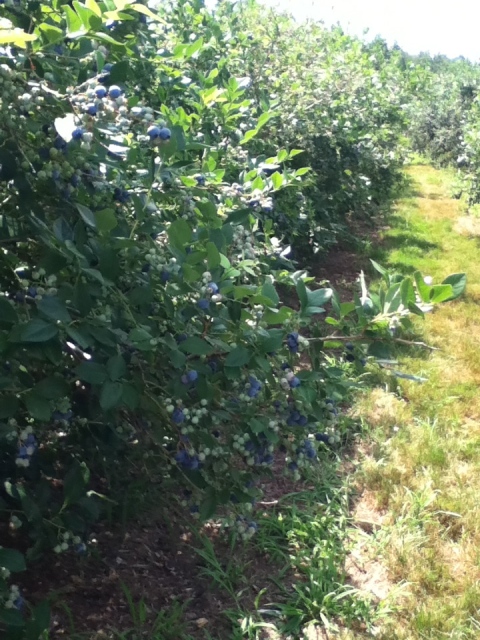 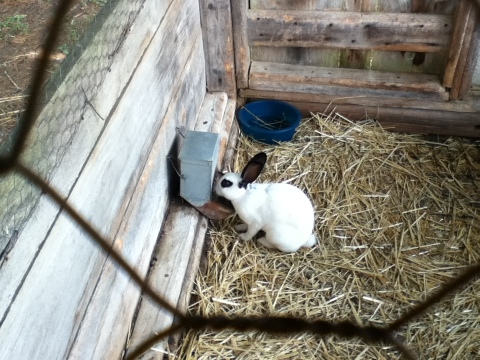 Because I was not done seeing old architecture, I got her to drive me down to Newport, Rhode Island (oh yeah, I’m getting a big ol’ tour of New England!), to see the mansions. I especially wanted to see Rosecliff, the house where they filmed the 1974 Great Gatsby. Which means that this visit fulfilled the history/film/fangirl/F.ScottFitzgerald fangirl inside me. 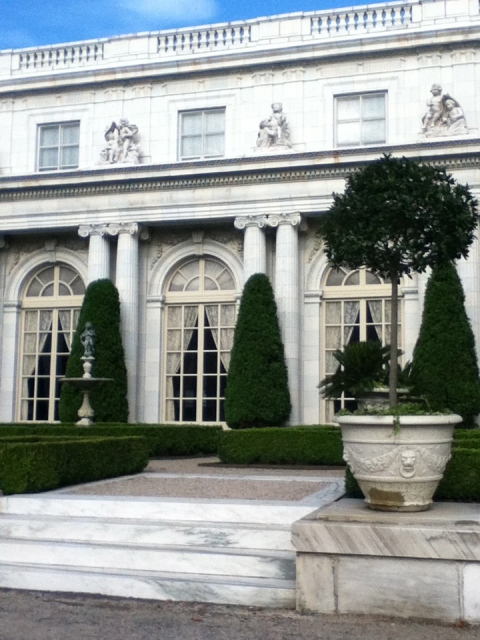 The other side of the house (which I have pictures of, just not on this post) had a view of the coast. It was fun to look out over the Atlantic and think about how I was standing on the opposite side of it just a couple months ago.

Which reminds me … When I get home, I will have to post more photos from my England trip too!

Tomorrow I leave Rhode Island for Connecticut. I’m stopping over in Wethersfield because, well … I just felt like going someplace I’ve been before. *shrug* I probably won’t take a lot of new pictures, since last year’s visit was epic enough. I might explore more of the town that didn’t feature in The Witch of Blackbird Pond. We shall see.