I’m alive! (For right now … after tonight, I’m not so sure, because this hotel is a bit sketchy…)

After such an auspicious beginning of blogging and posting photos the same day I experienced those things, I have fallen behind. You must forgive me; things have been happening.

One thing has happened that I did not expect, but really should have. I have seen so many significant places and had my head crammed with so much history in a few short days—coupled with sleeplessness—that I am experiencing some kind of “awe fatigue.”

At the first couple Oregon Trail stops I was like, “OMG I AM WALKING WHERE THE PIONEERS WALKED. THIS IS WHERE THEY CAMPED. I’M HAVING A SNACK JUST WHERE THEY WOULD HAVE SNACKED. THERE ARE CHOLERA VICTIMS BURIED SOMEWHERE BENEATH MY FEET! THIS IS AMAZING!”

Today, it was more like, “Oh, look at that. Another breathtaking vista and another relic from the past. Yay.”

I should have realized it because it happened to me and Kara (or at least me) by the end of our trip to England. In that case, it wasn’t until the last day, when we did the British Museum and got overwhelmed by just how much old shit there was to see. Maybe it also only happened at the end of a week because Kara and I were able to bounce our enthusiasm off of each other. It’s a little harder to maintain enthusiasm whilst one is alone. But still, I am seeing some really amazing stuff.

Day Two on the Oregon Trail brought some adventures, both good and bad.

First, I saw Fort Kearny (alternatively spelled Kearney), one of the earlier stops on the Trail: So here’s a thing about Nebraska (other than the fact that a lot of it is really boring): The state parks require you to get a permit even to be on the grounds. $5 for a day pass, plus park entry, or more for an annual pass. But the parks are poor, low-staffed, and large, and you can only purchase a permit in specific locations on this vast acreage. In many cases, you can go to one, park your car, wander around, take pictures, see what you want, and leave without anyone noticing.

I did that at Buffalo Bill’s ranch until I walked by the main house (where you were supposed to buy your permit) and got yelled at. So I just told the woman I had to get my wallet, but I went to my car and drove away, because I wasn’t interested in the place enough for a permit.

I was there long enough for this: And I did get a permit the next day, at Ash Hollow, but that’s another blog post.

Before Buffalo Bill’s, though, I was in Gothenburg, NE (“the Pony Express capital of Nebraska”), named after the city in Sweden because the Nebraska version was settled by Swedes. The town is very cute and very friendly. They had a few local museums, free and staffed by friendly volunteers, that were a refreshing change from the “YOU CAN’T BE HERE WITHOUT A PERMIT!!!!!!” of the state-park staff.

There was a Pony Express museum… 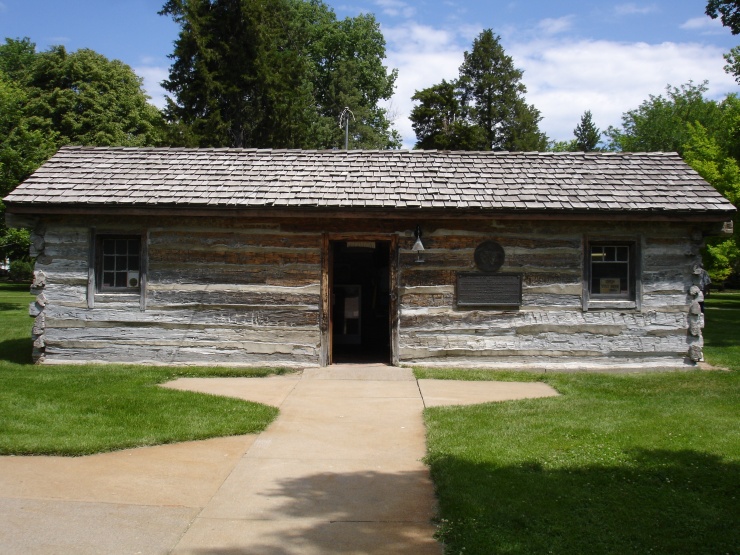 …a local museum full of donated curios and photographs… 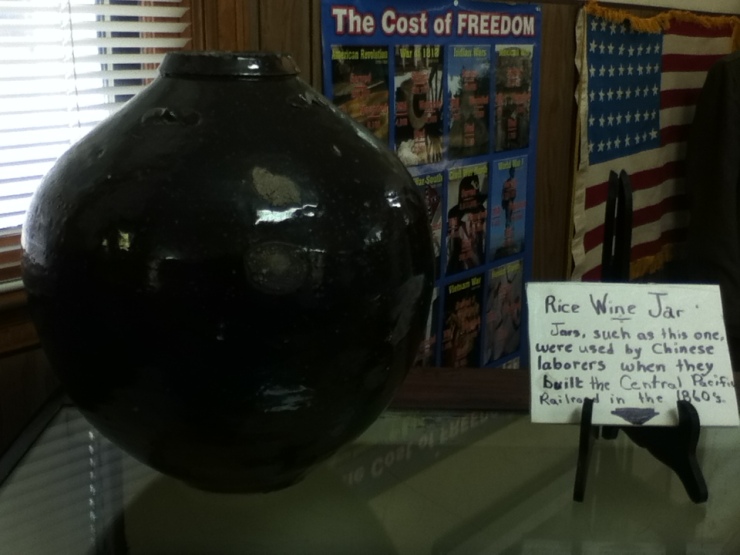 …and a sod house museum. The woman who was staffing the sod house museum was sitting outside when I arrived. She asked me where I was from, and when I told her “Ohio,” she said, “Are you running away from home?” I told her no, I was just traveling the Oregon Trail, and was going to see friends in Portland and Seattle. “Young people are so brave nowadays!” she said. It was not the first time I was told how brave I was to go on this venture, and it wouldn’t be the last.

Speaking of bravery, though, I certainly would not have enough to live in a sod house in the middle of a prairie–especially one of this size that sheltered a family of nine.

The less-fun adventure happened when I got to my hotel in Ogallala. I had booked it through Hotels.com, but when I got there, they had no record of my reservation, because the woman said they no longer had an account with Hotels.com.

Fortunately, I had printed out my confirmation, so I had proof. They also had spare rooms. So she got on the phone to the website, had them cancel my reservation, and she booked me a room directly. The customer-service woman said I would be refunded, but it hasn’t gone to my bank account yet. I hope it does soon, so I don’t have to yell at anyone.

Once I had that sorted, I paid my last historical visit of the day: Boot Hill Cemetery 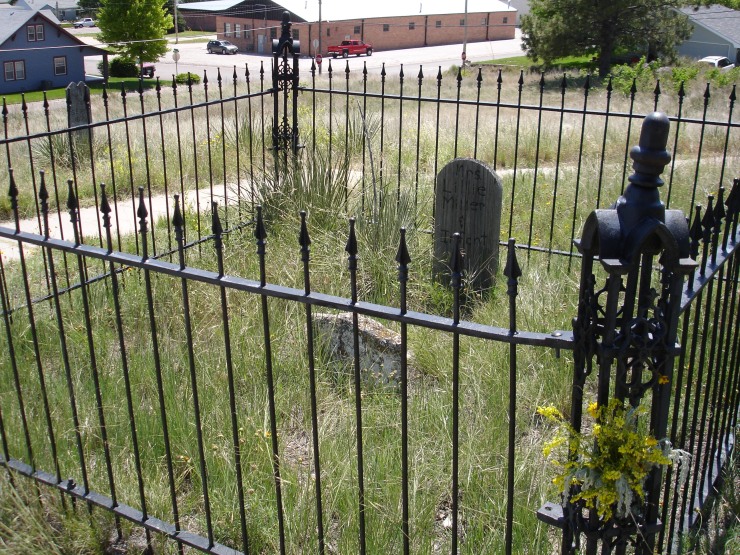 I could have updated this blog that night, but I was stressed and tired and so I decided to forego.

And now, it is time to go to bed and pray that I am not robbed or murdered tonight (or any other night).