Oh man, you guys, I am typing this post from Walla Walla, Washington, and let me tell you it is the cutest damn place. Nice restaurants, cute shops, and wineries everywhere. My hotel is within walking distance of the downtown area, so I went to explore, and I came back with several frivolous purchases. Oops. Maybe I shouldn’t move here; it’s dangerous.

Time to continue my account of Day Three on the Trail!

From Ash Hollow, it was a lengthy drive to Courthouse & Jail Rocks, Chimney Rock, and Scotts Bluff. Looking back, I really cannot believe what all I saw in that one day. Especially when I remember how tired I was.

I didn’t think much of Courthouse Rock and Jail Rock, either playing the game or planning my trip. But when I was driving down the road that led to them, when I came over the rise and saw them in the distance, it was spooky and awe-inspiring. Maybe because so far I’d been seeing some of the more general locations of the Oregon Trail (Ash Hollow, Fort Kearny) and museums, but this was the first natural landmark of the trip.

Then there was Chimney Rock, called so by the pioneers, but better known among the Native Americans as “Elk Penis.” This was the landmark I was most anxious to see.

I couldn’t get much closer to the rock than this by going through the (very informative) visitor’s center. I don’t know if there is an alternative path elsewhere that lets you get right up to the rock–I was too exhausted to bother much further, plus it was 80-something degrees on this day.

I wasn’t sure what to expect at Scotts Bluff. At the time, I didn’t know much about it. The steep hills were another major landmark of the Oregon Trail, along the North Platte River that the emigrants (and I) followed for hundreds of miles. I was pleasantly surprised by the hiking trails, visitor’s center, local flora, and views.

After Scotts Bluff, I retired for the evening at a campground operated by the city. It was my first experience sleeping in my car, and it was surprisingly okay. I wasn’t super comfortable, and I woke up several times in the night, but it definitely wasn’t worse than I’d been sleeping until that point. There was even a rainbow that evening… 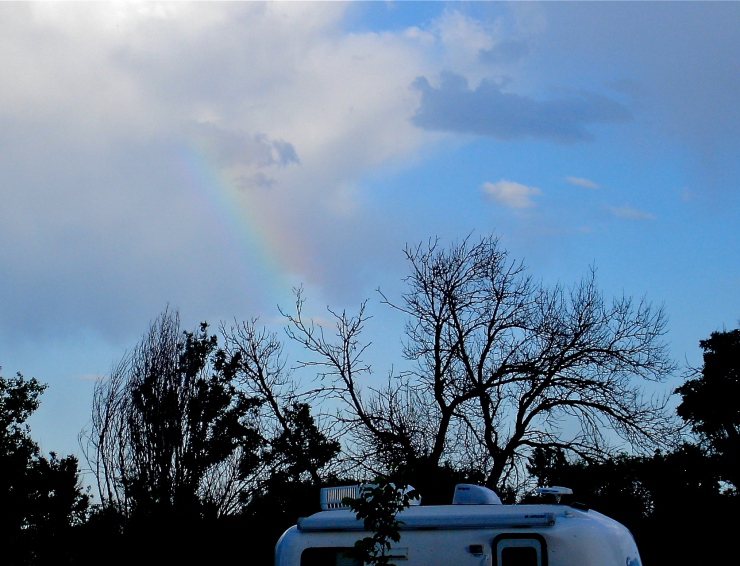 3 thoughts on “Along the Oregon Trail: The Courthouse, the Jail, and the Elk Penis”