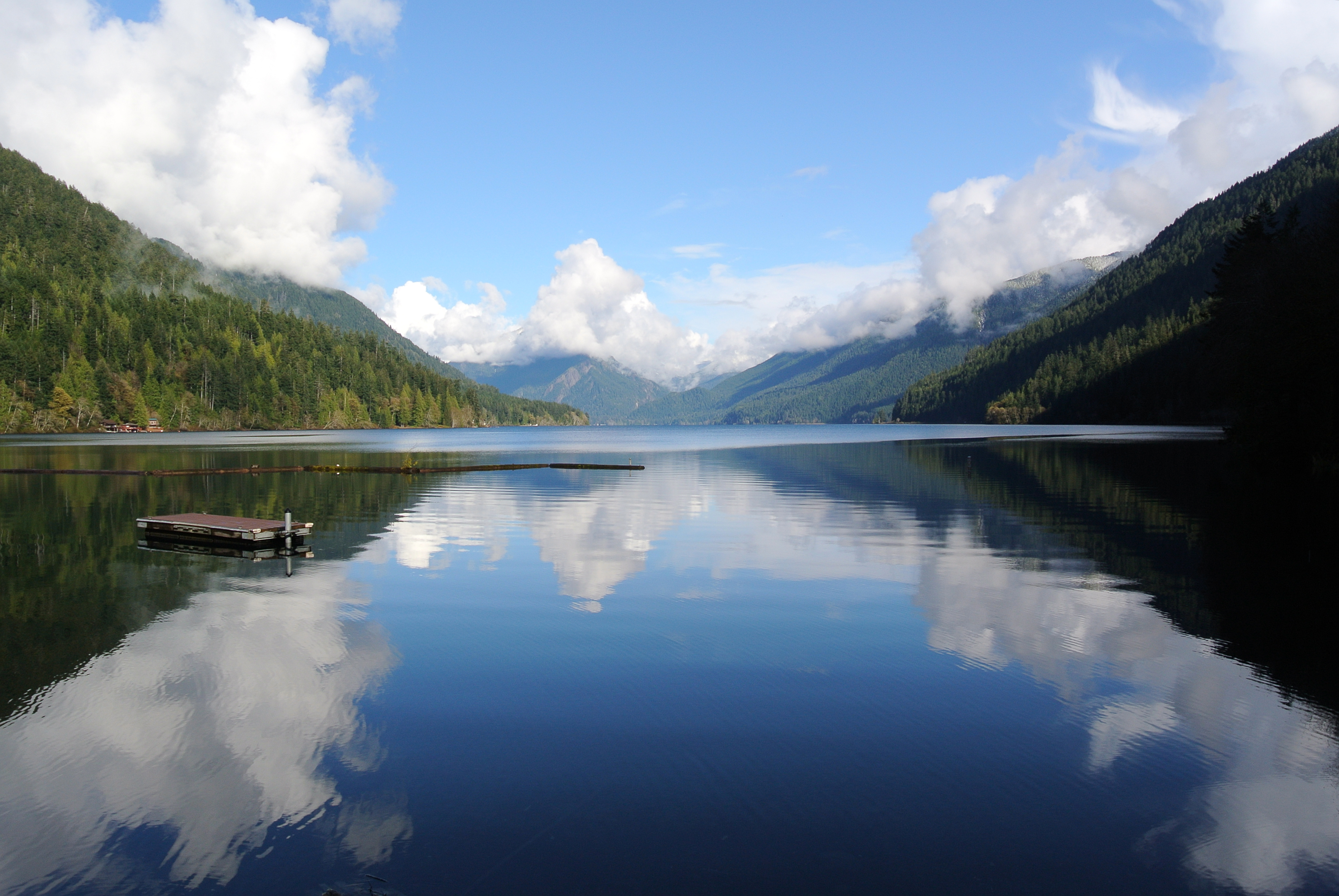 Lake Crescent, located in Olympic National Park in Washington state, is the second-deepest lake in the state and known for crystal-clear blue waters.

Visitors come from miles around to see it.

Some of them never go home.

It was 1936, and the world was changing. Adolph Hitler was opening the Summer Olympics in Berlin and reoccupying the Rhineland, King Edward VIII was crowned England’s Most Unwilling King Ever, Alan Turing published his concept of the “Turing machine,” and Hallie Latham Illingworth worked as a barmaid at the Lake Crescent Tavern.

Like many Americans, the Kentucky-born and twice-divorced Hallie had moved out West to seek a better life. In Washington state, she met Montgomery “Monty” J. Illingworth, a beer-truck driver with a name better suited for a prosperous bootlegger or a railroad magnate. Figuring that the third time was the charm, Hallie married Monty after a brief courtship.

The marriage proved to be volatile and possibly not-completely-faithful. The neighbors frequently complained (sometimes to the cops) of loud fights between the couple. Hallie reportedly showed up to work with bruises and an occasional black eye. Finally, in December 1937, she didn’t show up to work at all.

According to Monty, Hallie ran off to Alaska with some sailor. Her family members, including a sister she saw days before her disappearance, were unaware of the new relationship and suspicious of her whereabouts. Five months later, Monty petitioned for a divorce and ran the other way–to California–with a timber heiress he may or may not have been seeing behind Hallie’s back.

Soap on the Water

In July 1940, some fishermen on Lake Crescent made a gruesome catch. Floating on the lake’s surface was a human-sized object wrapped in blankets and tied with rope. Inside, they found a faceless woman made of soap.

No, someone had NOT brought a giant sculpted bar of Ivory to Lake Crescent for the world’s strangest bath. The soap lady had, in fact, once been a real lady, whose body had been wrapped and hogtied and thrown into the lake. Instead of bloating and swelling and doing what you’d expect of a dead body, the corpse had become soap–a soap that, according to HistoryLink.org, “could be scooped away like putty. ”

The minerals at the bottom of Lake Crescent interacted with the fats in the woman’s weighted-down body, triggering saponification. The cold temperatures at the bottom of the deep lake also helped preserve the corpse. Eventually, however, the tethers to the weights wore away, allowing her to float back to the surface, confusing and scaring the crap out of the poor fishermen.

Who Was the Lady of the Lake (Crescent)?

Although the body was generally well-preserved, identifying features such as the face and fingertips had been worn away. There were signs of bruising and strangulation on the body. Forensic science being less advanced in the 1940s, investigators were not sure what to make of it or how to identify it.  The corpse was buried, but exhumed twice for further examination.

The key to the investigation was a dental plate found on the corpse. Washington state criminologist Hollis B. Fultz took photos of it and published them in regional dental magazines. A dentist in South Dakota recognized the plate as one he had made for Hallie. It was the key to identifying the body at last as Hallie Latham Illingworth.

Investigators found Monty living in Long Beach, where they arrested him and eventually charged him with Hallie’s murder.

The trial took place in Port Angeles, WA, where it was a local sensation. Monty argued that the body was not his wife’s, but the dentist insisted that he had made the dental plate for Hallie. Other witnesses also identified the corpse’s clothes as those belonging to Hallie.

Monty then insisted that he had not murdered his wife. Investigators found that Monty had borrowed 50 feet of rope from a storekeeper at Lake Crescent, and that pieces of the rope were still at the store. Its fibers matched the rope that was tied around the body.

It was argued that Monty and Hallie had gotten into one of their usual fights, which spiraled out of control and ended with Monty strangling her. Monty was charged with second-degree murder in 1942, and after four hours of deliberation, the jury found him guilty.  He was sentenced to life imprisonment at the Washington State Penitentiary in Walla Walla, but was paroled in 1951, after serving nine years. He returned to California and died in 1974.

Hallie’s murder is far from the only death associated with the beautiful but treacherous Lake Crescent. A quick Google search will lead you to stories of ambulance accidents, missing washing machines, and even more murder.