Welcome to October! For those of us who love the creepy and macabre, this is a favorite month. Even though Halloween doesn’t arrive until the very last day, many people treat October like a month-long Halloween party.

Well guess what: this blog is no different. Today, I’m combining my love of creepy with my love of animals, and presenting some of the most widely feared and loathed creepy-crawly creatures — and why they deserve your appreciation.

Now, I’ll start slow, but be warned if you have an animal phobia: there will be pictures. 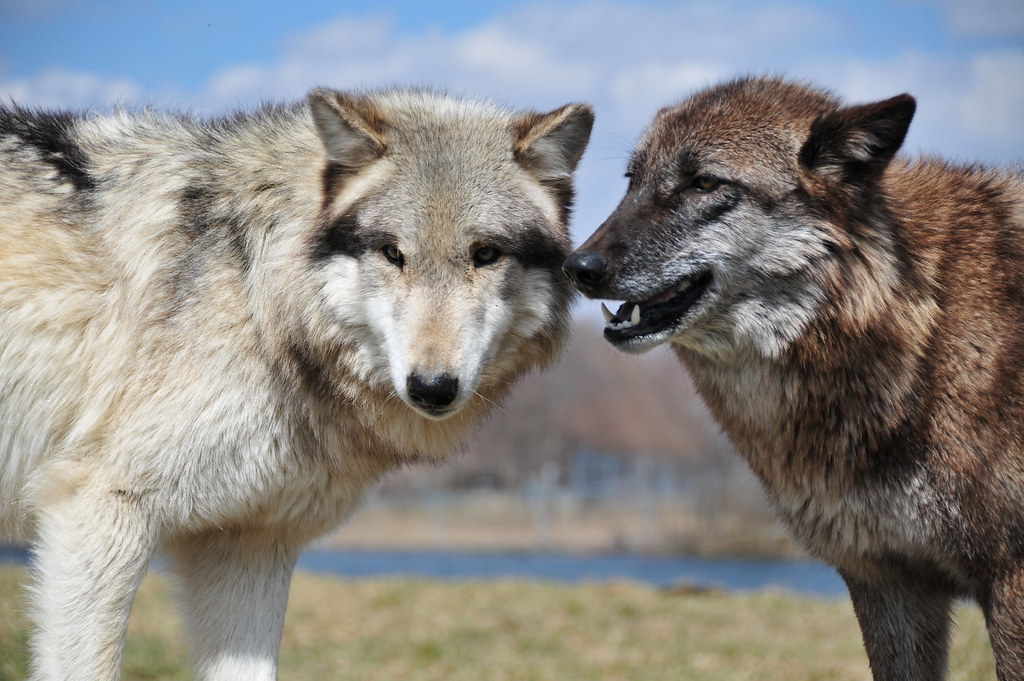 It’s not hard to see why wolves are scary: they’re predators with sharp teeth, they prowl around at night and in packs, they make spooky howling sounds, and occasionally they kill and even eat people. The werewolf legend is prevalent across the globe, and Count Dracula can take the form of a wolf in Bram Stoker’s original novel. Wolves have built up an exaggerated reputation as cunning, vicious, brutal, secretive beasts. Disney hasn’t helped, either.

So why should we not be terrified of wolves, but also appreciate them? For one thing, humans are the bigger threat to wolves: I mean, we have fire, guns, and cars. We’re also the ones taking up more space. Human deaths at the hands–er, paws–of wolves are rare compared to vice-versa. Humans usually encounter wolves only when the creatures pursue their livestock for easy prey.

But I’m not trying to guilt trip you for being born a human. Wolves are also beneficial to their environments. In Yellowstone National park, reintroducing the gray wolf increased the population of beaver and certain tree species, and helped those animals that scavenge wolf-killed carrion. When the wolves disappeared, the elk populations got lazy and ate too much. Reintroducing the wolves kept elk and deer on the move, giving plant populations a chance to replenish themselves.

Plus, look at them when they’re baaaabies! Awwwwww such cute widdle puppers!* 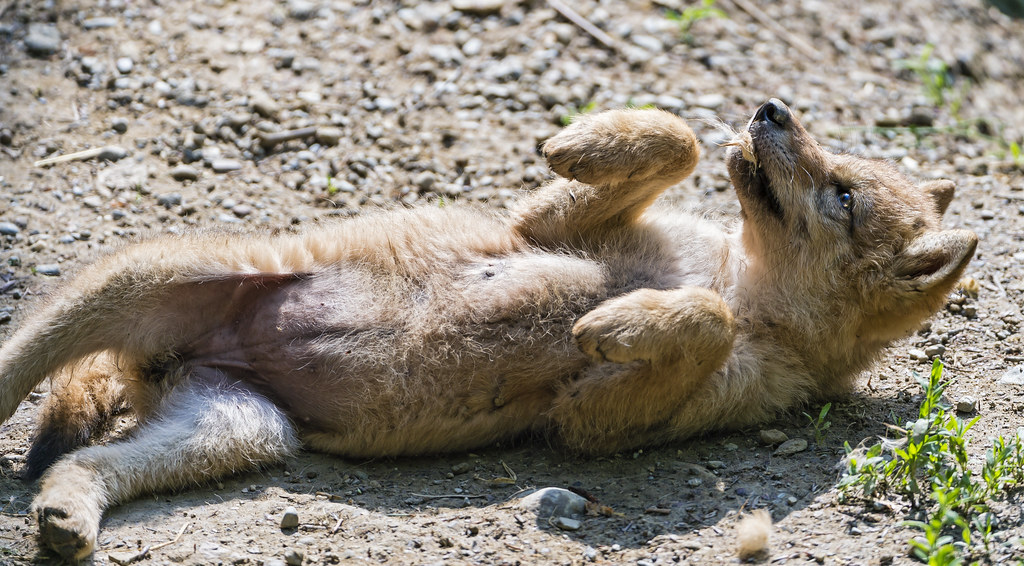 [*Please don’t adopt a “pet” wolf. Seriously. I don’t care how badass you think you would look, they are wild animals and not suitable pets. Go to your local animal shelter and adopt a pit bull.] 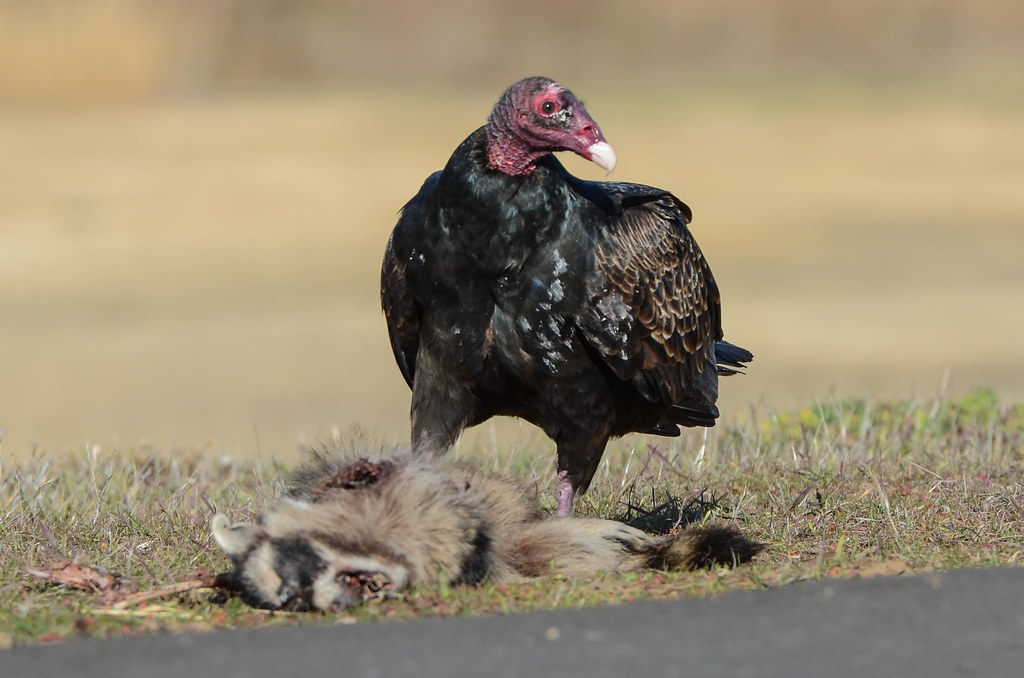 Vultures are one of nature’s janitors, and it is as thankless a job in nature as in a school. Proving that no good deed goes unpunished, vultures have adapted to unforgiving climate and consumption of rotting flesh to rid the planet of some of its most unwanted substances. In exchange, we fear vultures as ill omens, revile them as scavengers, or (at best) dismiss them as just ugly birds.

Thanks to humanity’s logical fallacy of correlation = causation, vultures were long believed to be the causes of death and decay. Now we know, of course, that vultures have extraordinary senses that allow them to smell a carcass before a human can. They don’t cause death, they just happened to find the body first. Contrary to popular belief, vultures also don’t follow dying animals waiting for them to expire. They circle the air looking for something that has already died–not unlike out-of-towners seeking a decent restaurant. Vultures are strong enough that they can soar around on their huge wings for hours.

Vultures are also social. They hang out and feed in groups because if Shirley spots a dead deer and swoops down for it, Tony and Irma can follow her lead. Possibly my favorite thing about vultures is that a group of them feeding at a carcass is called a “wake.” Their heads and necks are mostly bare so that they can poke around a rotten ribcage without worrying about getting blood and other gunk on their feathers. They can just sit in the hot sun and let it dry and flake off, no big deal. As you would expect, vultures have stellar immune systems. Stinky, rotten meat that would kill you is just another tasty treat for a vulture (although they prefer fresher meat if they can get it), because they’re BAMF like that.

And not that vultures care about your opinion, but they’d like you to know that some of them are downright dapper. 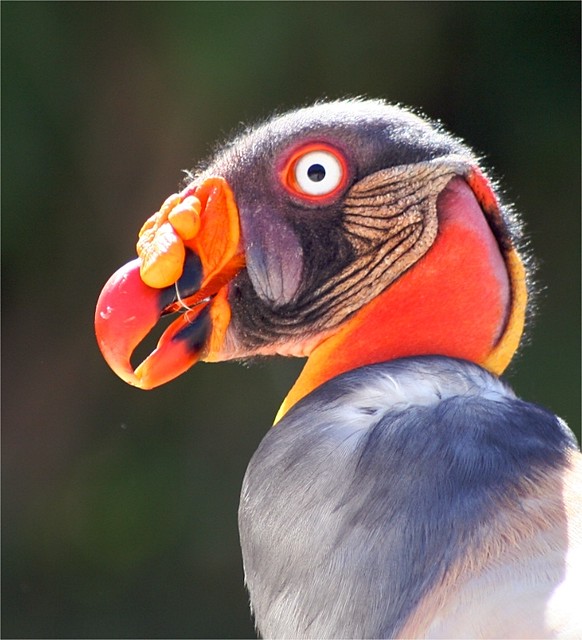 Oh man, where do I even start with these guys? When it comes to bats, their creepy reputation is not entirely unjustified. Obviously, vampires take the form of a bat in many versions of Dracula, including Bram Stoker’s. Bats’ movements appear erratic, they are active at night, and they have leathery dragon-wings even though they’re mammals. Many real-life versions carry rabies, and some species feed exclusively on blood. They’re also terrible at rap.

That doesn’t mean they don’t have a lot to offer the ecosystem at large, or humans specifically. Fruit-eating bats, objectively the cutest kind of bat, help distribute seeds so more plants can grow.

If you have insect-eating bats in your neighborhood, welcome them as free pest control. Although their flight patterns appear … batty … they are actually pursuing insects with finely tuned echolocation that they were born with, but which humans took thousands of years to develop. With sonar, agility, and speed, bats can consume hundreds of insects in an hour. To appreciate the skill involved, try this experiment at home: Cook stovetop popcorn without using a lid, and in the process catch every kernel in your mouth–within an hour.**

[**Please don’t actually try this at home. Or do. Whatever, I’m not your mother.]

Ecology aside, bats could teach humans a thing or two in the area of medicine. Vampire bats have anticoagulant properties in their saliva that keeps all that sweet, sweet blood flowing until they’ve drunk their fill. (Necessary, because vampire bats lick blood instead of sucking it. This is the reason why vampire bats are not true vampires, according to NSF.gov. No, I’m not kidding.) This saliva may help treat strokes and meet other anticoagulant needs. Many bats, including vampire bats, are social and intelligent creatures, sharing food with each other and even taking orphan bats under their wings (literally).

Admittedly, my search for the answer to “But how do vampire bats actually benefit the environment?” didn’t yield satisfying results. I did learn, however, that increased farming in Central and South America has contributed to a rise in vampire bat populations (and the transmission of rabies) because cows in the field are a more convenient feeding option for vampire bats than, say, a capybara in the tall grass. So … go humans, I guess.

Full disclosure: I love snakes. I was torn between a corn snake and a bearded dragon when choosing a pet, and although a bearded dragon won out, I still have a soft spot for serpents. Of course, it’s no mystery why snakes are scary to many people. First of all, where are their arms and legs??? That’s just wrong, you know? And that cold, unblinking stare, and those lightning-quick and water-smooth movements are just creepy. Also there’s the whole “Satan took the form of a snake when he tempted Eve in the Garden of Eden,” but dudes, that’s not the snake’s fault.

From an ecological point of view alone, snakes are frickin’ awesome. If there’s a pest, there’s a snake that will eat it. Snakes are known to eat rodents and frogs and even small birds and eggs, but some garter snakes will eat larger creepy-crawlies like earthworms, grasshoppers, and cockroaches. There is even a type of snake called the thread snake that is so small, it eats the eggs and larvae of ants and termites. 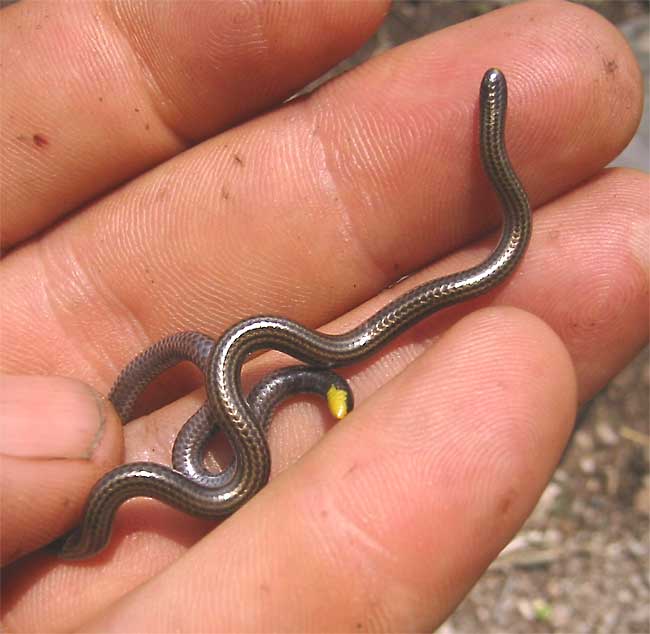 Some snakes got their common names because of their diets, or a misunderstanding of them. Rat snakes are so named because, well, they eat rats. Milk snakes don’t consume milk, but they do consume the mice that congregate in dairy barns. Some farmers didn’t realize this at first, and many snakes lost their lives due to this misconception. Now, any farmer worth his hay is glad to see a snake on the premises (except, admittedly, in the chicken coop).

Even if a person can understand a snake’s role in the environment, you can’t ignore the fact that snakes do bite people, and that can freak someone out. But I’ve seen many snakes during my walks in the woods, and 9 times out of 10, I didn’t realize there was a snake until it was trying to get away from me–not chasing me. Even venomous snakes don’t want to waste the energy and venom biting you unless they think they have to. Snake bites happen when the snake is surprised or feels especially threatened, and even then, many snakes are especially polite and will try to warn you first, like a rattlesnake shaking its tail or a cobra flaring its hood.

Maybe you can appreciate snakes, but can’t help thinking that they’re gross and creepy. Take a moment to consider that lots of snakes are actually gorgeous. Snakes come in a variety of colors and patterns:

And then there are ball pythons, which are just so darn CUTE:

So please, be kind to snakes. We need them, and they just want to live and let live (unless you’re food).

If you’re an arachnophobe scrolling through this article, you probably guessed where I was going with this and were dreading this moment.

I do like and appreciate spiders, though I can’t say I’m fond of them the way I’m fond of snakes. Even more with snakes, I can understand why people are afraid of spiders. They’re small, so they’re hard to see until it’s almost too late. They bite–sometimes fatally. They actually have too many legs and eyes. They tickle when they touch you, and their webs will stick to you, causing you to flail around hilariously if you come across one unexpectedly.

Even so, I strongly favor a “live and let live” attitude toward spiders. I squish ants and mosquitoes and fruit flies, but I will shoo a spider outside or just leave it alone–even when I see one on my bedroom ceiling when I go to bed. The reasons are much the same as with snakes and bats: free pest control.

And, just like with snakes, most spider bites are harmless, and usually only occur if the critter is startled and scared. Yeah, spiders are creepy and kind of icky-looking, but we need them. Would you rather have a world with a few too many spiders, or a world with too many flies, mosquitoes, centipedes, ants, cockroaches, termites, and moths?

And, also like snakes, some types of spiders are pretty and positively adorable:

“Oh, you WANTED to catch the Zika virus? Sorry, my mistake.”

There are many more creepy and misunderstood creatures in the world! I may make a Part II this month. (I went down to part time at the office so I can pursue freelance writing with more gusto, so I have time to write.) Any animal requests in particular?